Skip to main content
Labels
Posted by Man For All Seasons September 30, 2016

Well I have been a little busy as of late dealing with an injury and while I am not through with it yet I finally got the bug to get a few things off my desk. Over the last couple of nights I have painted up some new BSG models to add to my collection. I already have an extensive collection of 2nd Cylon War Colonial models and a few Cylons to fight them but I found that I wasn't really making use of them. The Colonials would come off the shelf occasionally to do cross universe games but that was it. The problem is that I found it hard to justify playing 2nd Cylon War games as their are no real battles to fight and little justification (in my mind) to make them up. Thus I have had models collecting dust.

At Historicon this year as I was perusing Jim Fox's booth the solution struck me (however obvious it should have been). I would do the 1st Cylon War. Not the conflict from the 70's TV show which I consider to be quite terrible but the original Cylon rebellion from the re-imagined series. I went on a small shopping spree, picked up enough models to start out the forces and left smiling. Those models have been sitting on my desk since July. 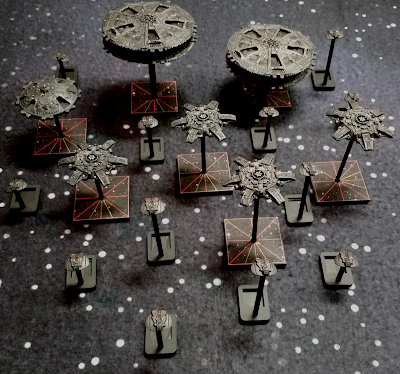 The entirety of the Cylon fleet so far. 2 Old Basetars, 1 Escort Carrier. 4 Destroyers. 12 Raiders (a squadron each). 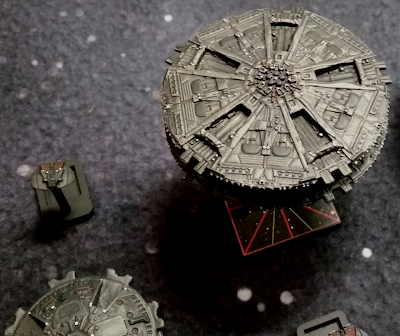 A closeup of a Basestar. It is always a challenge to paint a 'grey' fleet and make it interesting. 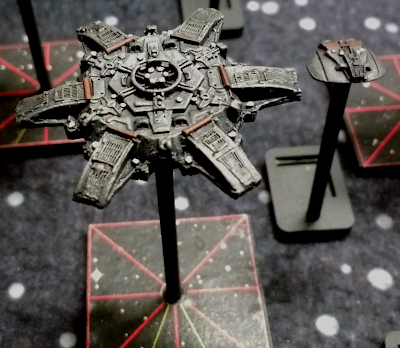 One of the destroyers, this is my favorite of the new models. 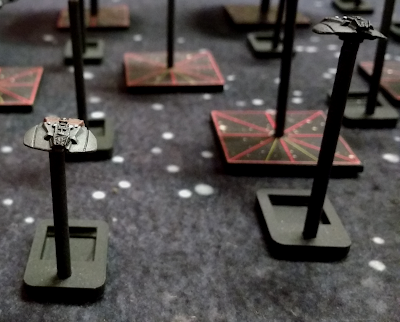 I didn't paint the raiders, or the other ships in the colors from the 70's show, instead I went with a more metallic look in order to imply an ancestry of the modern Cylon ships. 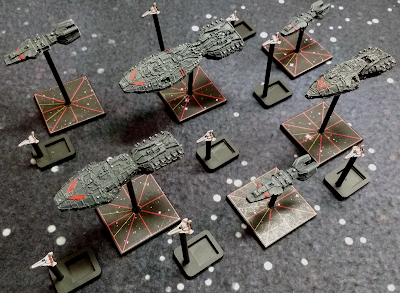 The new Colonials. I do have other models that will work for this period in my collection but I picked these up with the intention of using them as pre-war designs. 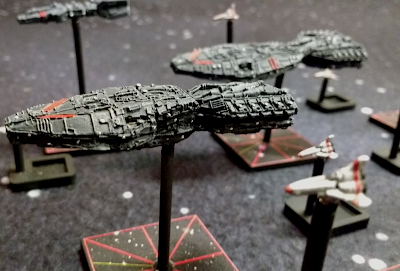 Hecate class Cruiser flanked by some Mark II Vipers. I am going to find suitable models for Mark I Vipers at some point.

Nemesis class Heavy Cruiser. This thing is the size of a Columbia class Battlestar!

Luna class Destroyer. My least favorite of the new models. 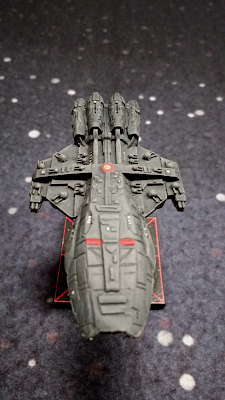 As a bonus I finished up the only other Colonial model I had laying around. The Cronus class Strikestar is a contemporary of the Mercury Battlestars.

I will be playing a game with these models, plus a few others from the collection, tonight with Kevin Orr. I have absolutely no idea how these two fleets will handle or of the tactics to use. I think I will need to take a new group shot with my Colonials soon.
Email Post
Labels: BSG Starships