Skip to main content
Labels
Posted by Man For All Seasons August 17, 2017

Good day everyone, this coming week I will be hosting HoytCon 2017. Last year the event was held at my brother's gaming emporium in New Brunswick and this year it moves to Ontario. Starting on Friday August 25th My brother, father, and I will embark on three packed days of gaming and there will be player slots open. If you see a game that you want in on, send me a message and I will let you know if there is any space remaining. I ask that if you wish to drink anything beyond the complimentary/themed alcohol that you bring your own to reduce my costs. Most everyone interested in stopping by should know where I am located, but if not just ask. The schedule for the weekend will be as follows: 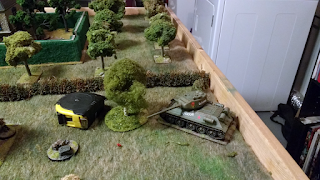 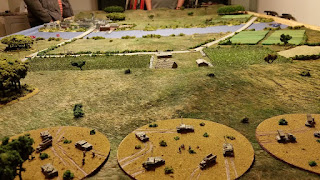 Game: Imaginations
Description: In typical 18th century style the Kronprinz and the Marquis de Fromage have agreed upon a battlefield to settle their differences as they have done many times before and will undoubtedly do again.
Rules: Black Powder
Players: 2-6
Drink Pairing: VQA Baco Noir
Hor D'Oeuvres: Cheese and Grapes 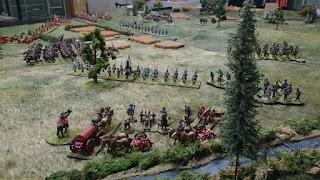 Game: Fall Gelb
Description: Fallschirmjagers are trapped behind French lines with elements of the BEF moving in on their position, meanwhile, German infantry attempts to break through the French lines to relieve them.
Rules: Bolt Action
Players: 2-6
Drink Pairing: Chardonnay
Hor D'Oeuvres: Baguette 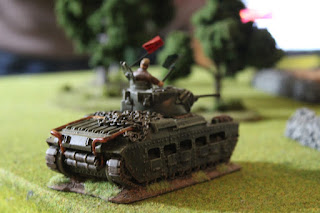 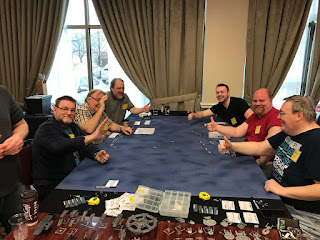 Surprise From My Wife

Game: Galactic Civil War
Description: An Imperial task force has been trapped by a Rebel Interdictor in a strange role reversal. The Imperials must now fight their way out of a trap they are used to setting.
Rules: Metaverse
Players: 2-6
Drink Pairing: Blue Milk on Ice
Hor D'Oeuvres: Darth Chocolate 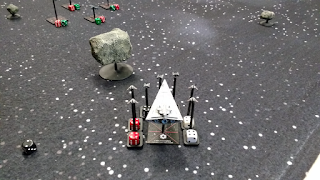 I am not planning on feeding an entire army for this event, but if you wish to be here for a couple of games in a row let me know. Contact me in the comments section or on Facebook.
Email Post
Labels: 28mm 6mm Battle Captains Black Powder Chain of Command Cold War Convention Imaginations Metaverse Modern Naval SSS Star Wars Starships WWII