Skip to main content
Posted by Man For All Seasons November 18, 2017

Good day everyone, as I am awaiting an imagination game planned for this evening I decided I would do a long overdue photo shoot. Two years ago I began a 28mm WWII project for late war eastern front for use in Chain of Command by Too Fat Lardies. My intention was to do a German force and a Soviet force for early to mid 1944. As I am quite busy with other projects I enlisted the assistance of my brother Dan to get these figures painted leaving only the basing for me.

For the Germans I decided to embrace the Imperial Guard Syndrome (for an explanation of this phenomenon see my previous post here: Imperial Guard Syndrome) This meant that I would collect a Waffen SS Armoured Panzergrenadier Platoon in its paper strength glory. This was not to be some ghost of German glory but the epitome of late war German dreams. In addition to the basic platoon I intended to add many support options of varying types. While I am in no way done with this collection it is finally at the point where I am really in no need of anything beyond flashy units that catch my eye. My Soviet force is almost ready for a photo treatment as well so I will get to them soon. 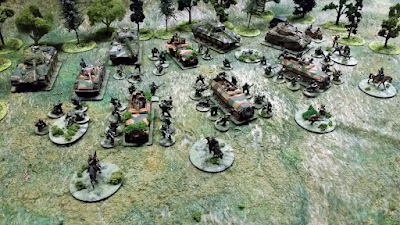 The force as it stands is centered around an Armoured Panzergrenadier Platoon fully loaded in their halftracks. This gives me the following:

As support options I now have: 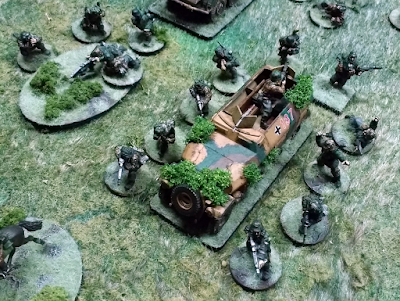 It is a joy to be able to deploy each section with their own halftrack. Dan did a fantastic job on both the figures and the vehicles making sure to add little bits of flair and individuality to each one. It should be noted that their is not a single duplicate figure in this entire force. 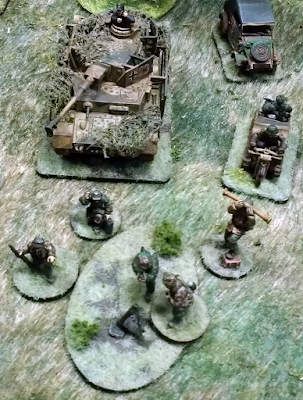 I made the conscious decision to base each figure of the weapons teams individually so that I can remove casualties.

The SdKfz 251/17 was a custom job for which I ordered a Rubicon Models halftrack and a Warlord Flak 38 to provide the parts. For a brief time I was one of a few to have this model in 28mm. I have recently discovered that commercial versions will(are) soon be available. 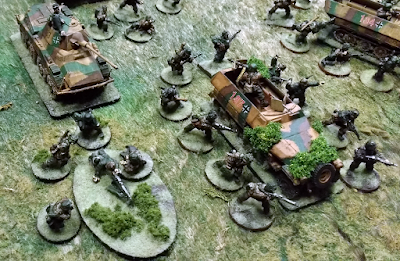 Each vehicle has been customized with a camo pattern, foliage, and lots of mud and dirt. 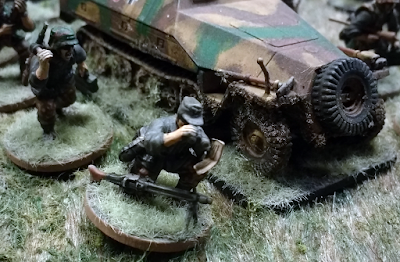 The biggest challenge in getting each figure distinct was the LMGs. There are only so many LMG gunners available from Warlord. However, I came across a prize at a gaming flea market, 5 Warlord late war German sprues for $40. This provided the weapons and parts necessary for some creative conversions. 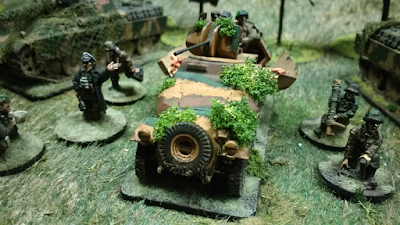 I am more than pleased with Dan's handiwork on this project; it is a visually appealing and exciting force with many unique elements. From now on I am just adding individual shiny bits that I find. Maybe a Brumbar! 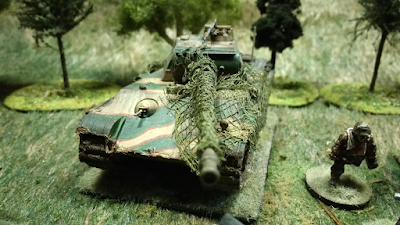