Skip to main content
Posted by Man For All Seasons June 26, 2019

Good day everyone and happy summer. I have been absent as of late but for a good reason; the birth of my first child. I am happy to report that Kara was born healthy and screaming three weeks ago and yes the name is a nerd reference. That being said momentous life events should never be an excuse to skimp on the painting output and so I got the brushes moving and finished off an order that came in just days before she was born.

Having window shopped Brigade Models' website for many years I finally succumbed and started a new "custom fleet" project. In particular the Neo-Soviet fleet struck a chord and I began theory-crafting. Not wanting to simply do Soviets ... IN SPACE! I theorized that due to the Great Depression, the United States of America underwent a Communist revolution. The Second World War and the following decades cemented the hegemony of the United Soviet Republic of America and eventually a new global order was established under the banner of the Earth Soviet Republic. This simple idea allowed me to use non-Russian naming conventions and to imagine the squirming of some people at the idea of a socialist America (especially as a Canadian).

For my initial purchase (of course I have plans for more) I selected a modest carrier battlegroup with a few battleships added in.

The total fleet includes 1 carrier, 3 battleships, 1 cruiser, 2 missile destroyers, 4 destroyers, and 6 gunships. I also have 10 superiority fighter squadrons, 4 bomber squadrons, and 2 interceptor squadrons. I did not use the class names that Brigade Models lists these ships with so I will provide the translation and links. 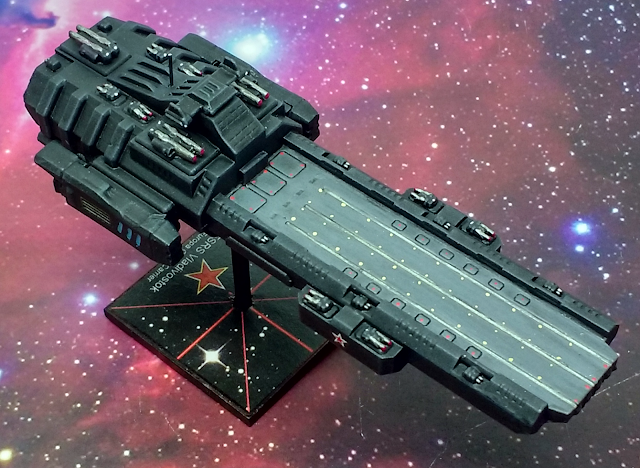 The fleet is centered around the ESRS Vladivostok, a Europa Class Carrier. 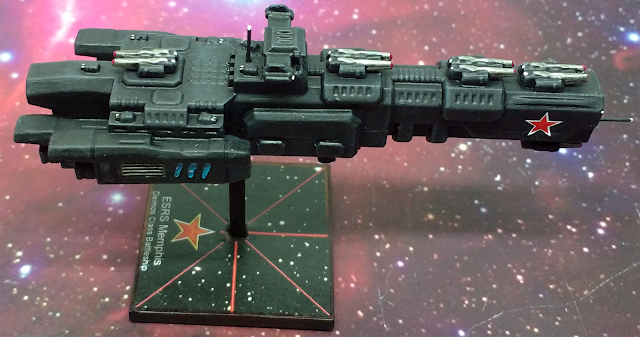 The heavy hitters of the fleet are the ESRS Memphis, Dayton, and Philadelphia, all Deimos Class Battleships. 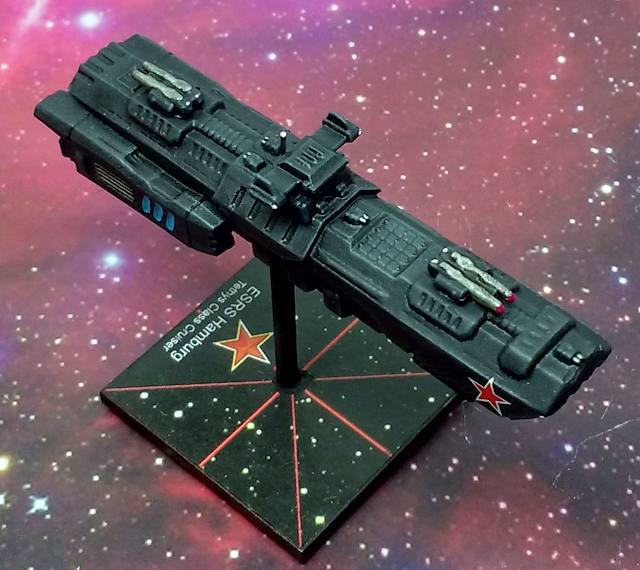 The lone medium weight in the fleet is the ESRS Hamburg, a Tethys Class Cruiser. 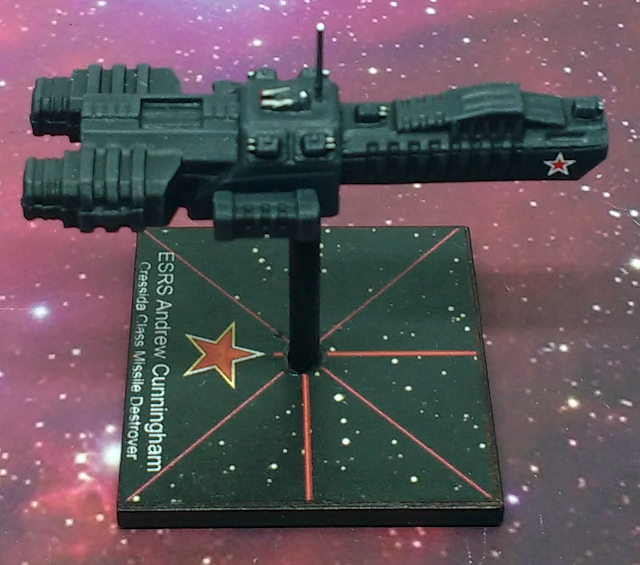 Filling a niche role in the fleet are the ESRS Andrew Cunningham and Karl Doenitz, both Cressida Class Missile Destroyers. 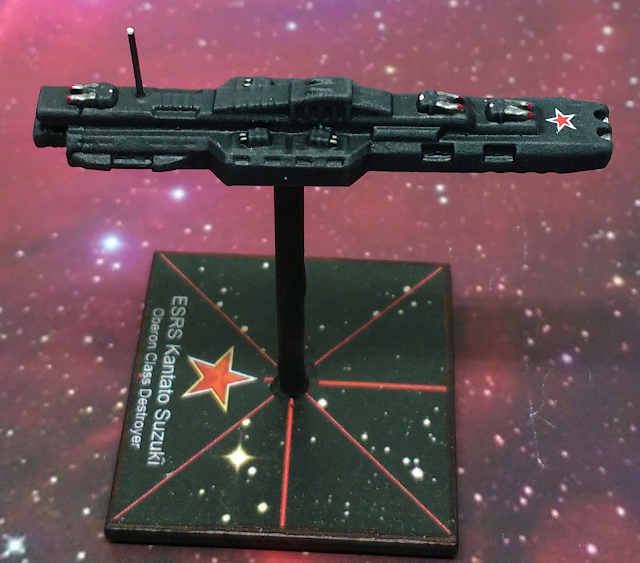 The standard light weights of the fleet are the ESRS Kantato Suzuki, Edward Codrington, Andrea Doria, and Vladimir Butakov, all Oberon Class Destroyers. 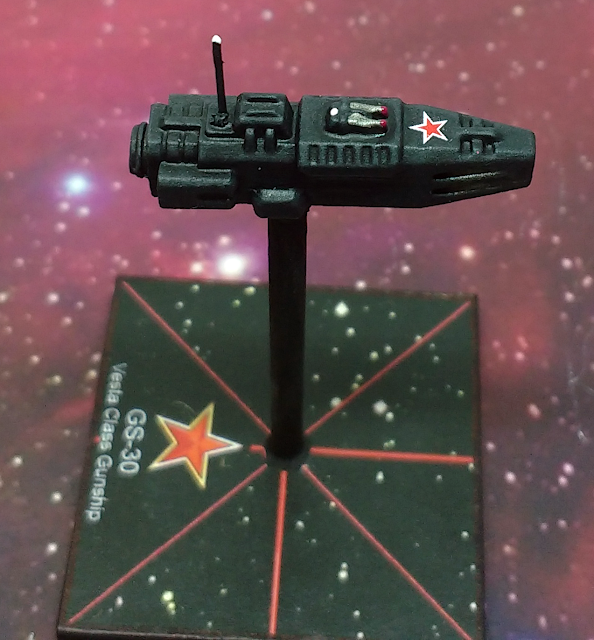 Finally, filling a role similar to WWI torpedo boats, the six Vesta Class Gunships of the fleet don't even warrant names, only numbers. 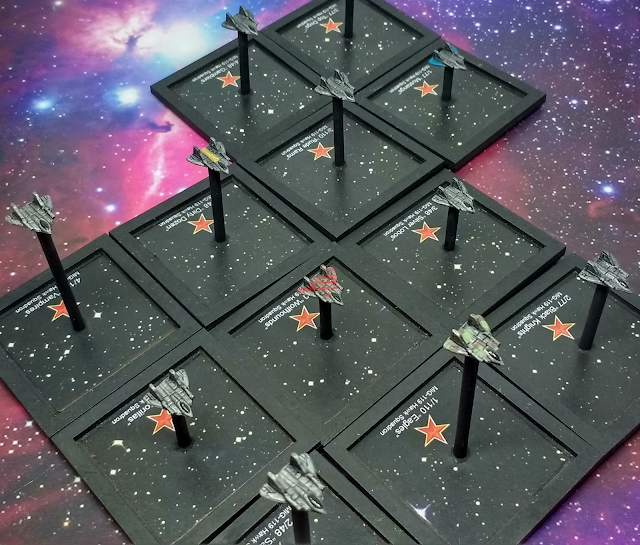 The Vladivostok's starfighter compliment is centered around the venerable MiG-119 Hawk Space Superiority Fighter. These models, along with the other two types were purchased from Jim Fox at his booth at Historicon many moons ago. I am not even sure if they can still be acquired but thankfully this isn't even 25% of the total I have in my bits box so I won't run out. 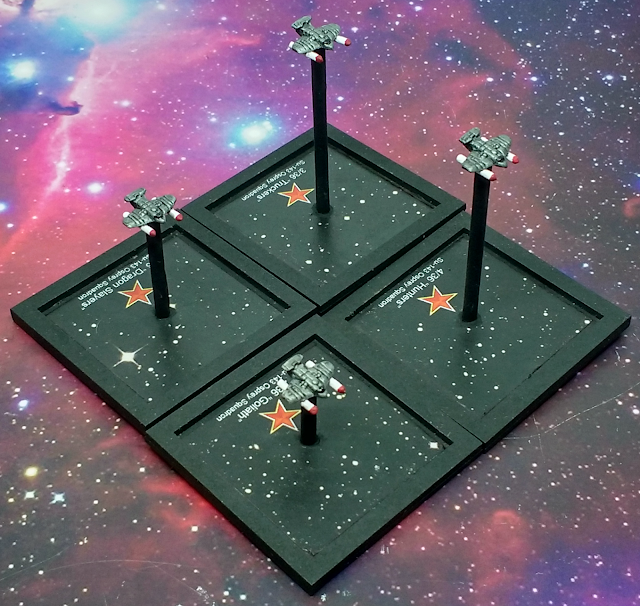 The anti-ship ordinance of the Vladivostok is delivered by squadrons of Su-143 Osprey Bombers. 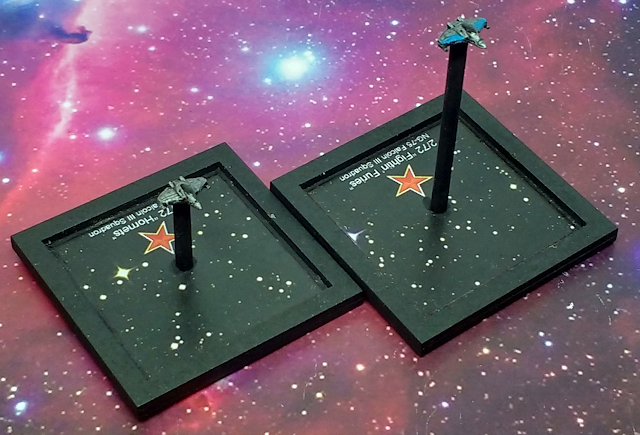 When deciding how to paint these models I rejected simple battleship grey as I have done that enough times with other fleets. I did experiment with a white hull and red accents but this failed to live up to expectations. Eventually I decided to go with a dark charcoal-black, a scheme that I envisioned being reminiscent of Akula Class Submarines prowling the Atlantic. In universe I have explained it away as an advanced stealth composite. The starfighters I painted in bright aluminum-steel to evoke the look of MiGs and Sabres in the skies above Korea. I did make one modification by applying customized schemes to some of the models; presumably some squadrons or individual pilots have earned the right to apply some flair to their chariots. This is inspired primarily by Starfuries from Babylon 5.

The next additions to this fleet will include more cruisers, a Marine Assault Carrier, an ELINT ship, and some frigates.
Email Post