Skip to main content
Labels
Posted by Man For All Seasons June 23, 2017

Good day wargaming world. This past week I completed a repaint of a Star Wars Armada Victory Class Star Destroyer. This excellent model can be obtained either in the starter box or as a standalone expansion box here: https://www.fantasyflightgames.com/en/products/star-wars-armada/ I chose to use the Armada model as it is within a few millimeters of perfect 1/7000 scale and therefore in scale with my other fleets.

While the model comes with a serviceable paint job out of the box it both doesn't match my paint jobs and doesn't satisfy my need to boost my ego with paint jobs other gamers compliment me on. This ship adds some much needed firepower to my Imperial fleet as up to now the largest ships I have had are heavy cruisers. Next I will need to acquire a Mon Calamari Cruiser for my Rebels! 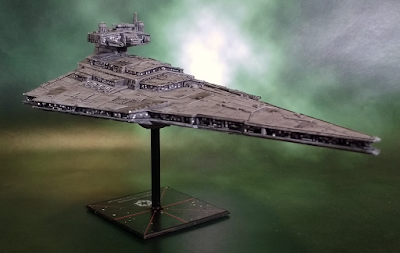 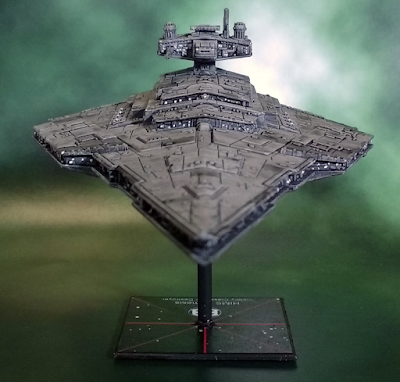 With her signature Kuati designed wedge shape she can bring all her heavy guns to bear on targets to her front. 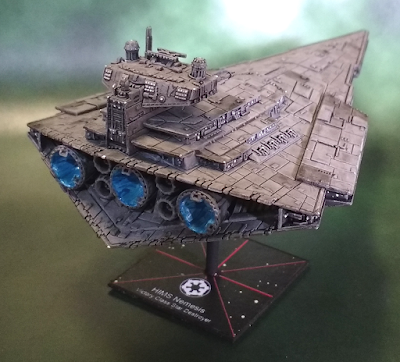 While not as fast in a straight line as her big brother the Imperator, she can hold her own with her three sub-light engines. 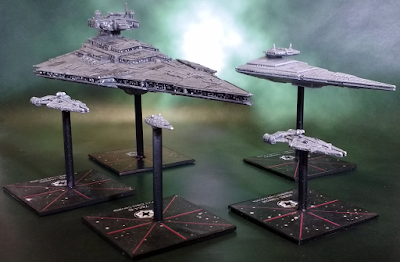 She would not normally travel alone; like her bigger cousin she would command her own squadron.

I have based this model as the HIMS Nemesis and intend to use her in the MkII version as the older MkIs were more prevalent during the Clone Wars. Until I get an Imperator Class Star Destroyer, the Nemesis will be the flagship of my fledgling fleet.
Email Post
Labels: Metaverse Star Wars