Skip to main content
Labels
Posted by Man For All Seasons September 19, 2018

Life Gets in the Way

Hello everyone, I am back after quite an absence (although I will be gone again soon). My job has been taking me away from home quite frequently this year and thus I have let this blog fall by the wayside more than I should have. Realizing that I needed to get something up in the short time I am home I decided to catalog the models I have finished since my last post. This process was a sobering one as my absence has also reduced my output significantly. There is only one thing to do, soldier on! 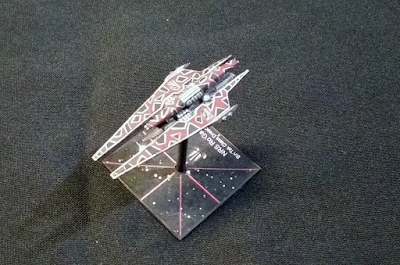 First up is the first test model for my redo of my Narn fleet. I decided earlier this year to update this fleet with modern paint jobs as the existing one was 10 years old. Starting with the Bin'Tak Dreadnought I put quite a bit more effort into the work than I did in my early twenties. This has improved the look of the ship significantly but also meant it will take much longer to get this 75 ship fleet done. 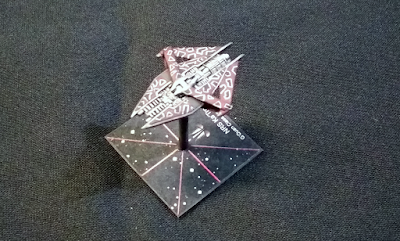 As part of the testing process I did a second Narn model, a G'Quan heavy cruiser. I wanted to make sure that the method was repeatable. 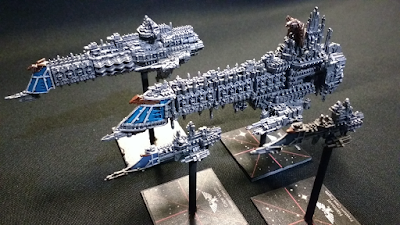 For a big multiplayer free-for-all game I ran earlier in the year one of the players wanted to play Imperials from 40k which gave me the motivation to grab a couple of models from my box and paint them up. I went for a simple industrial look with blue/white prows. 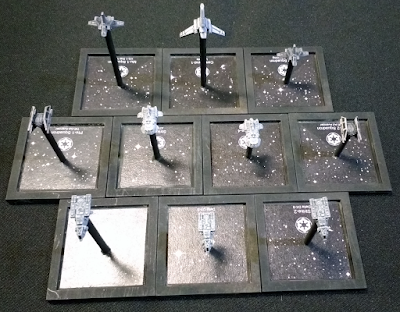 An impulse purchase from shapeways landed some Imperial small craft on my door step. These are great for scenario play and include ATR-6 transports, Delta-9 Transports, XG-1 Starwings, TIE Avengers, and Lambda Shuttles.

This is a model I have wanted most of my life, ever since seeing TNG's Yesterday's Enterprise; the Ambassador Class. I put my usual amount of love into the paint job as I do for my Starfleet. My only gripe is that the canon escape pod hatches are an off white which on a very light hull and white for lights makes the model difficult to photograph. Having just photographed the Ambassador a whim struck me to setup my Starfleet force in its entirety. This is by no means the intended end state as my goal is a whopping 112 ships to do an entire fleet. I would challenge anyone to name all the classes in the picture (not you Adam!).