Skip to main content
Labels
Posted by Man For All Seasons April 03, 2019

Good day everyone, for about the last year my Father and I have been musing about jumping out of Europe with my 6mm collection and doing some North Africa. Until a couple of months ago this was nothing but idle chit chat. However, to get the ball rolling I decided to surprise my Father by getting an army started to hopefully add some impetus to the idea. Seeing as how Dad prefers the under dogs of historical periods like Napoleonic Neapolitans, I decided that the best force for him would be Italians. Thus I ordered models and got to work. I will say that coming from doing European theater painting for both WWII and the Cold War, painting for the dust of North Africa is a very different job. I went through my normal process of detail painting and camouflage application and then proceeded to weather the models appropriately. This had the effect of rendering my work nearly invisible to the eye which has me wondering if it was even worth it. 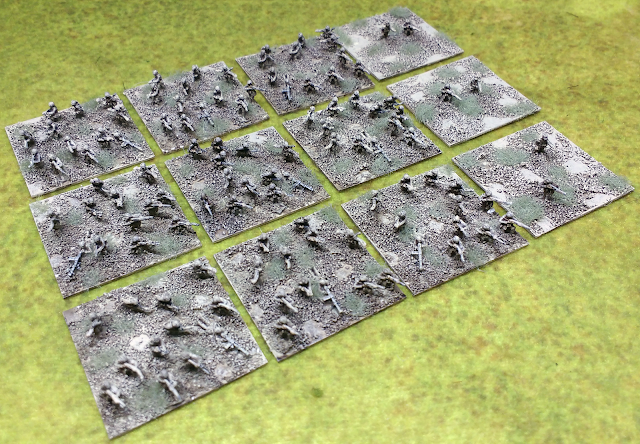 The core of the force is a Bersaglieri Rifle Company of three infantry platoons. You will note that I model mostly one-to-one scale so every man is represented. At least in the sections, I take a bit of liberty with command stands and weapon sections. 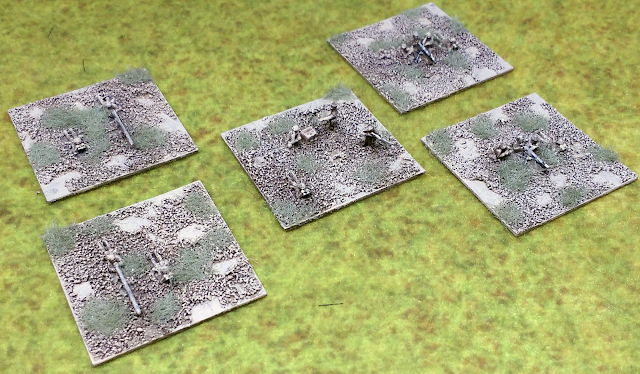 The company of course has an HQ section. Support options include two MMG teams, two AT Rifle teams,... 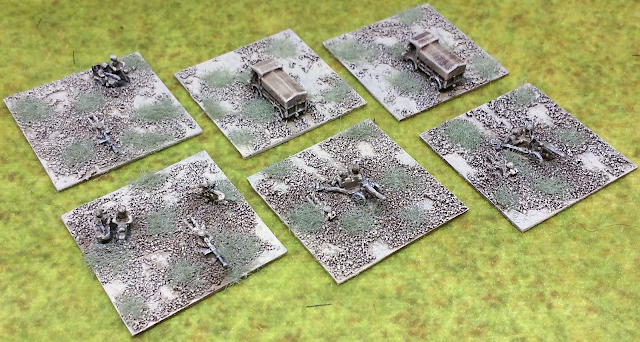 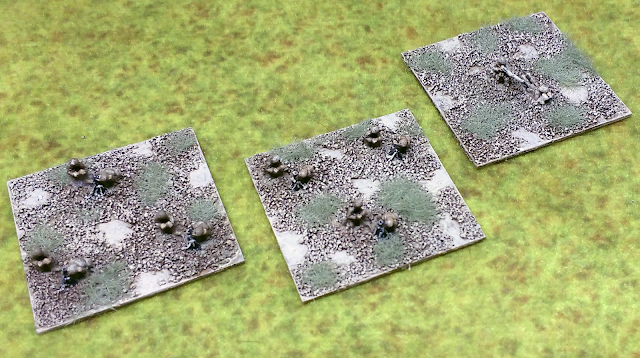 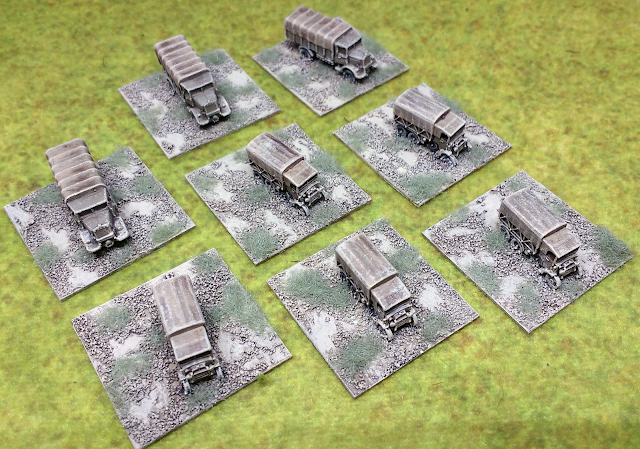 and a smattering of trucks. 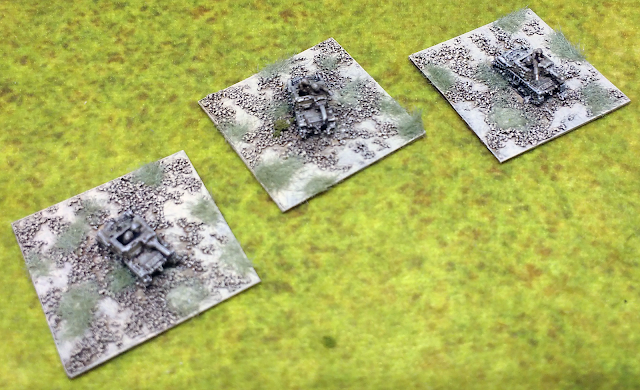 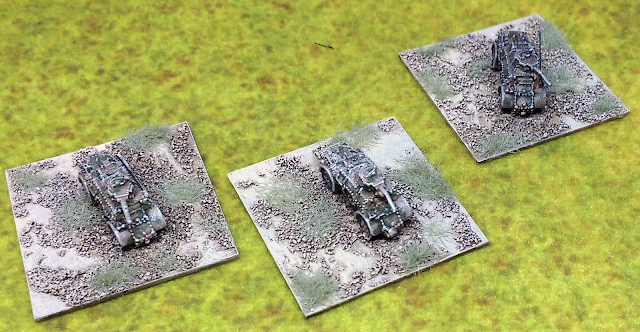 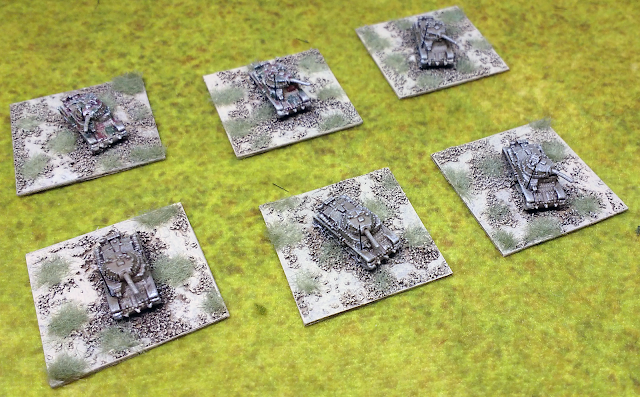 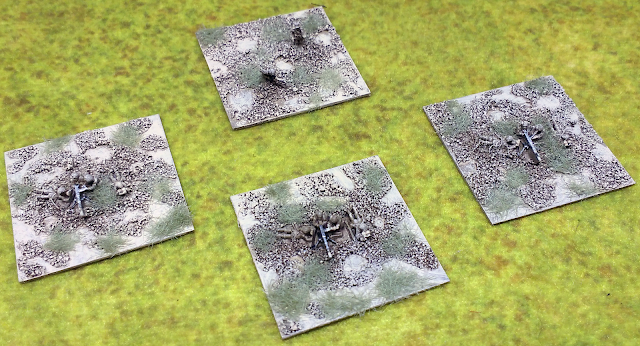 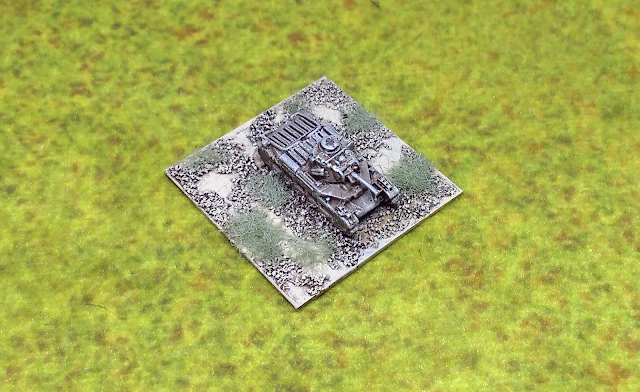 And a captured Matilda II.


This is by no means the totality of all that Dad or I would want to see in an Italian force but it is a serviceable start. After completing these models I sifted through my bits box for something to experiment with. Before continuing I wanted to try some different methods for painting and basing. 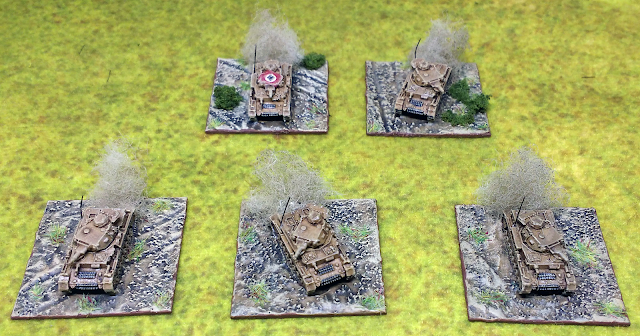 I ended up finding Panzer IV Fs. In the end I think I like the paint jobs on the Panzer IVs better but the basing on the Italians better. Also, I experimented with dust trails behind the Germans. I am leaning towards using the dust trails from now on but haven't fully decided.


I also completed a couple of buildings from my supply in recent weeks. These are for Western Europe; I guess I have to buy some North African buildings. 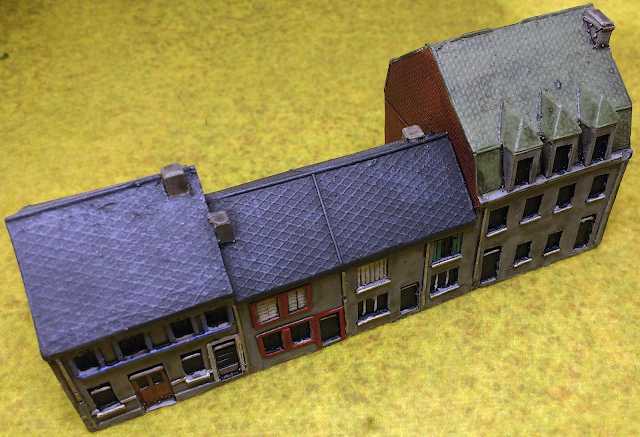 I prefer bigger building pieces such as this as they make setup faster. 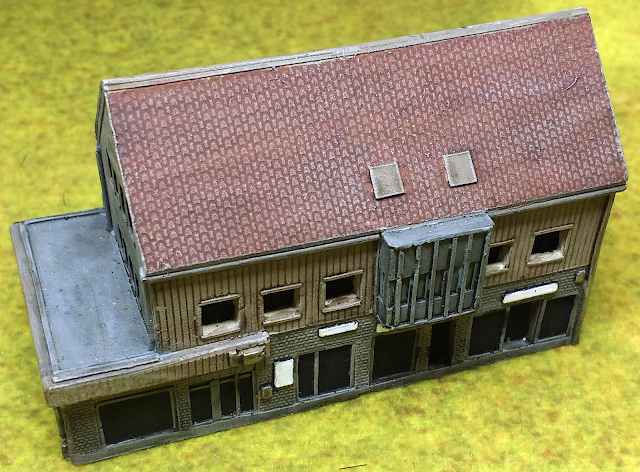 
That's it for today, the next 6mm models on the list are some Stuarts and Pershings that I picked up at a Bring-and-Buy at a local Con.
Email Post
Labels: 6mm Battle Captains North Africa WWII