Skip to main content
Labels
Posted by Man For All Seasons May 22, 2021

Hello everyone, as teased at the end of my last post, I have been working on the next addition to my Earth-Romulan War project. The green-blooded Hobgoblins have arrived. 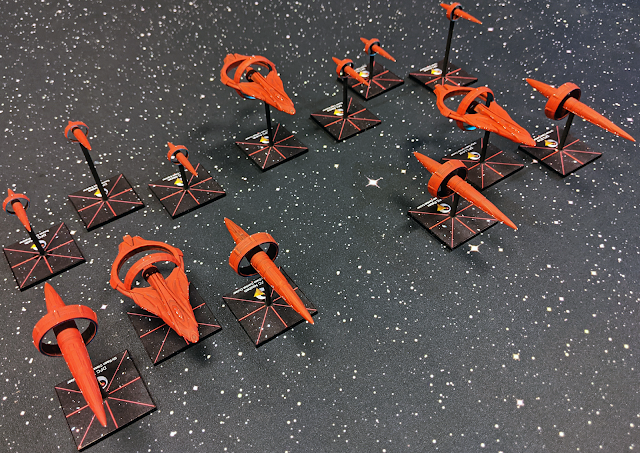 As it turned out the challenging part of this relatively small fleet was the color. I scoured every corner of the internet (2 minutes of google searching) and reviewed countless images of Vulcan ships (the first few results) and came to the conclusion that there is no single consensus as to the color. On screen, Vulcan ships ranged anywhere from bright red to red-brown to bronze brown. 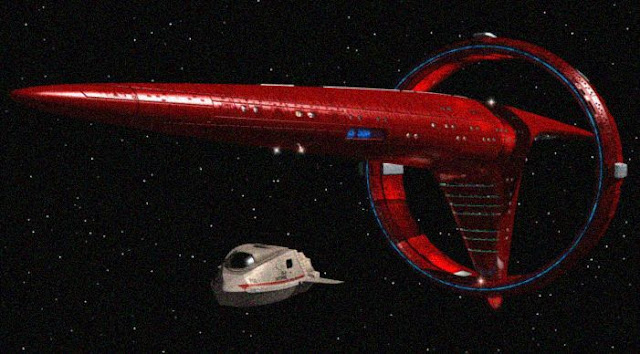 I have painted brown fleets before and even bronze-ish colors before, so I decided to go more for the Red-Brown to Bright Red end of the spectrum. Argue with me over the color if you like but I pretty much chose it because I've never painted a red fleet before.
Unfortunately, these models and their color scheme are a pain in the ass to photograph. Depending on the light they look anywhere from orange to rust colored when in reality they are somewhere in between.

The fleet I planned out would  consist of 13 starships, noticeably less than my United Earth fleet but significantly stronger due to the technological superiority of the Vulcans. I was able to source all the files I would need for this fleet easily; there are only 3 classes in this fleet. There are more possibilities lurking in the depths of beta canon that I can pursue later but that is for later. 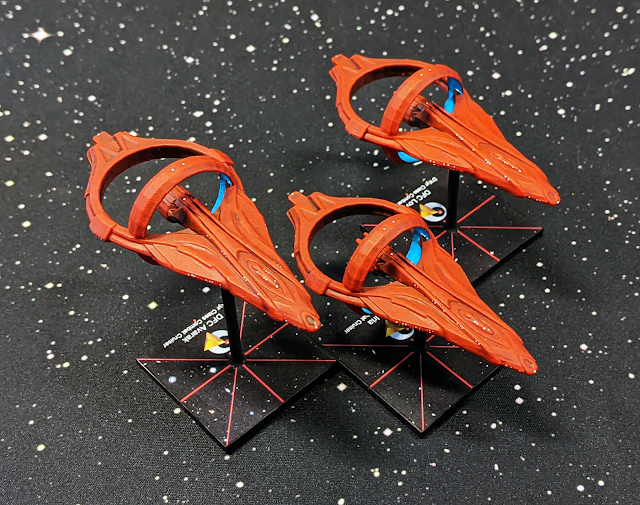 This model was Self 3D Printed.
The Memory Beta article on the D'Kyr Class can be found here.
My Metaverse 2nd Edition stats can be found here: Link.
The newest and most powerful vessel in the Vulcan arsenal is the D'Kyr Class Combat Cruiser. This class diverges from the styling of the older designs with a combination of sweeping curves and angled armor plating. In any game set in the Romulan War, the D'Kyr is likely the meanest thing on the table. The DFC Iria, Avarak, and Lovar serve as command ships in my fleet. 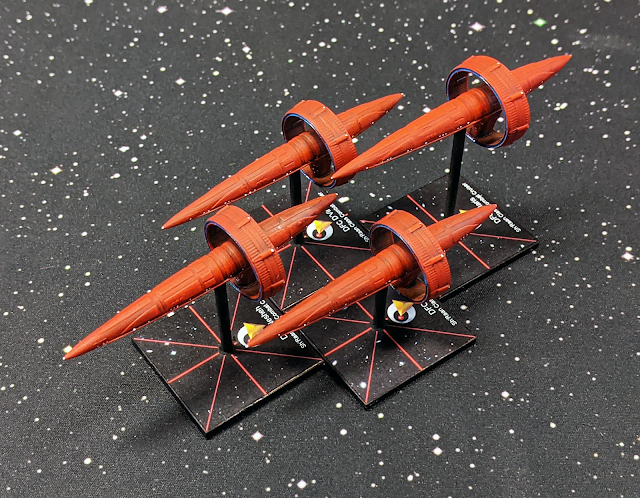 This model was Self 3D Printed.
The Memory Beta article on the Sh'Raan Class can be found here.
My Metaverse 2nd Edition stats can be found here: Link.
The mainline combat vessel of the Vulcan Defense Force is the Sh'Raan Class Combat Cruiser. These tried and tested vessels follow the traditional lines of Vulcan ships with their signature warp rings. The DFC Pekev, Tolaris, Nesheh, and D'Vir fill out the two combat squadrons of the 4th Defense Fleet. 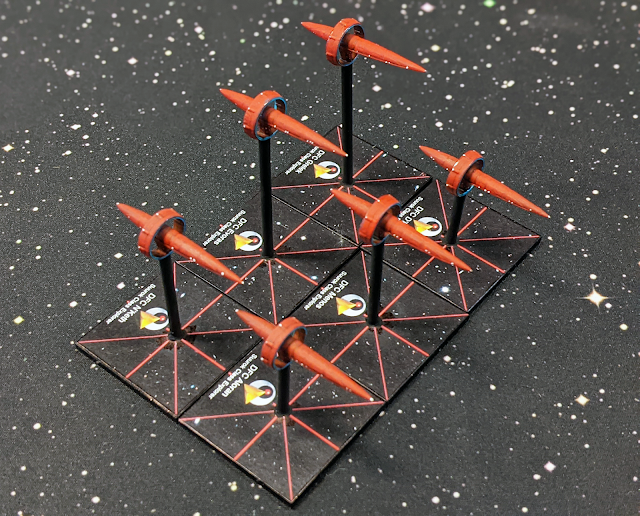 This model was Self 3D Printed.
The Memory Beta article on the Suurok Class can be found here.
My Metaverse 2nd Edition stats can be found here: Link.
Finally, the Suurok Class Explorer is the most familiar Vulcan vessel to most. Normally performing research and exploration, in combat the Suurok fills the role of picket and advance scout. The DFC Evoras, Grelek, Menos, N'Keth, Aloran, and D'Kat comprise the two support wings of the 4th Defence Fleet.
For those who wish to do Vulcan themselves, beyond the choice of color scheme and the apparent difficulty in photographing them there is one other problem of which you should be aware. 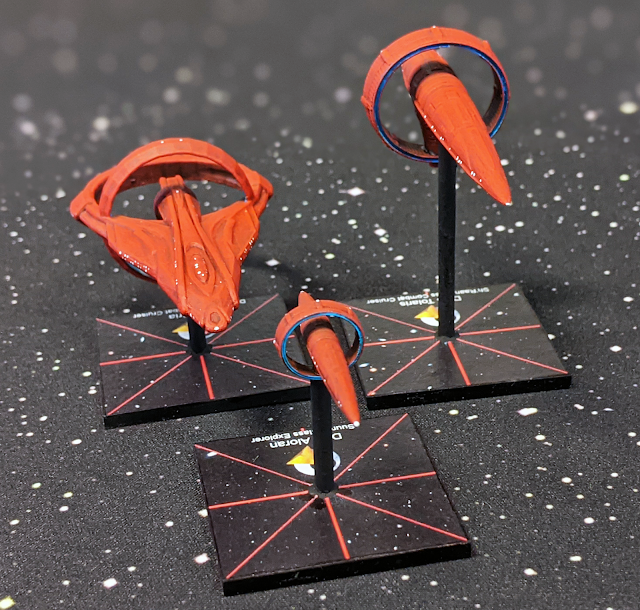 The damn blue glow in the warp rings is a pain in the butt!
Email Post
Labels: Star Trek Starships Vulcan