For our first game of the day Adam and I ran Sail, Steam, & Sky. SSS is our upcoming naval game releasing this fall. The game allows players to have a flexible plug and play rule set that they can use for any period from the 17th Century forward. For our scenario we pitted a group of WWI German and British Battlecruisers against each other in the North Sea. The forces were as follows: 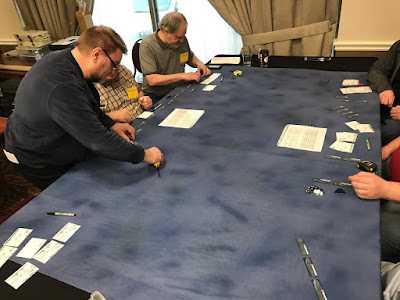 The two sides deploy their forces. 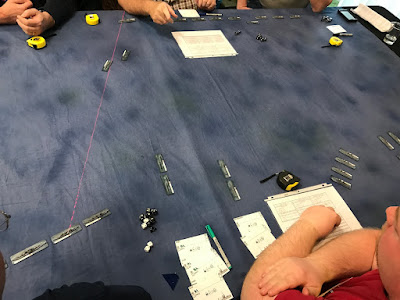 With their forces deployed the players plan their first moves. 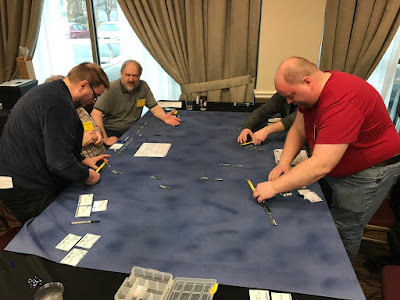 Now moving their ships the British argue among themselves over orders. 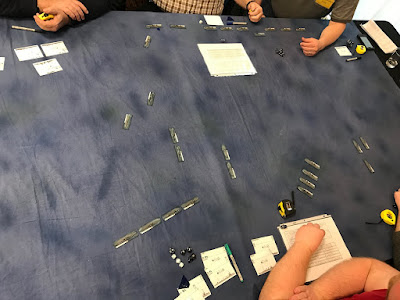 The unorthodox deployment of the German ships is evident 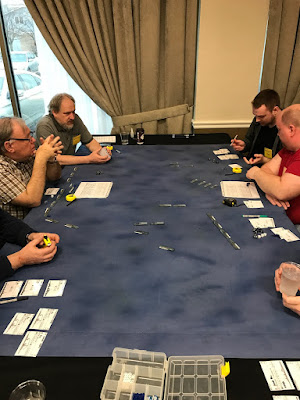 The German player on the right flank realizes just how slow the old dreadnoughts really are. 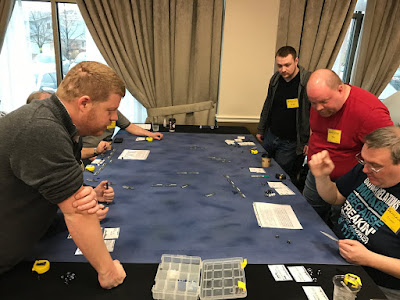 I assist the German players with their first attempts at firing, they quickly ran things on their own. 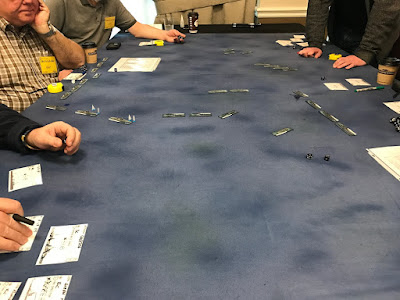 The British players look on in dismay as shell splashes erupt around their lead ships. 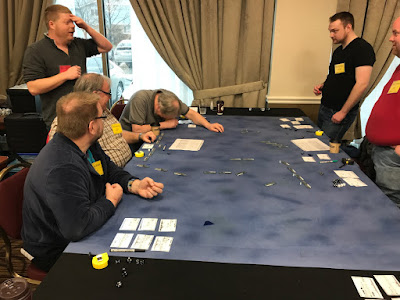 Unlucky hit rolls cause a ruckus on the British side. 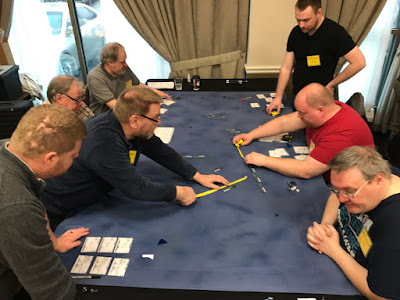 Further moves bring the fleets closer together while the German left wing commander contemplates the orders he has been given. 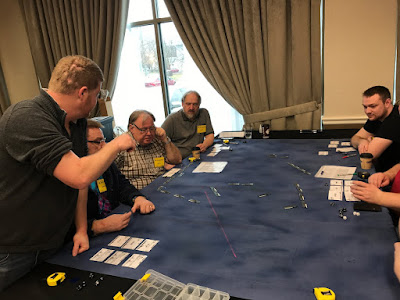 The "laser of truth" is wielded to check firing arcs. 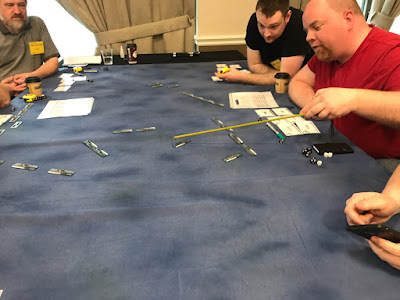 Tactical discussion on the German side as targets are prioritized. 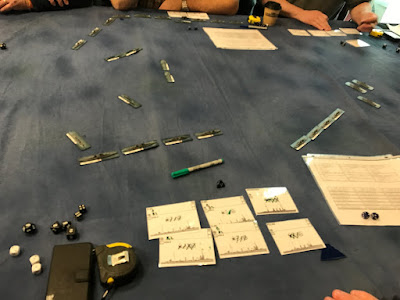 A flurry of gunfire leaves ships on both sides in pieces and on fire. 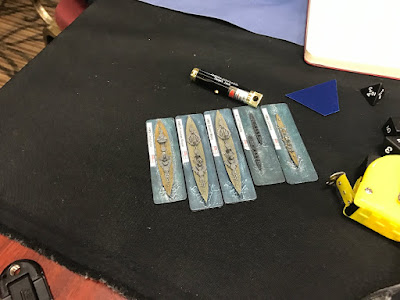 Condition checks for the British result in a battleship, two battlecruisers, two destroyers, and a light cruiser being lost to the deep. 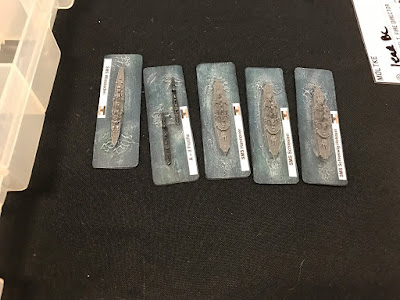 The same rolls on the German side leave all three dreadnoughts, a light cruiser, and two destroyers to a watery grave. 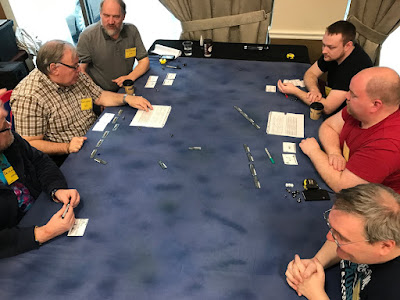 The players survey the now emptier field moments before the British make a fateful roll that cost them the game. 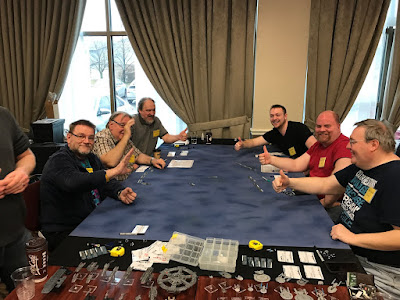 Smiling faces all around.

This game was a highlight of the day for me. I had a group of six enthusiastic players who took to the rules like fish to water. Within 30 minutes I barely had to interject for an explanation or correction. Although the British lost in the end the Germans had taken a beating themselves and commented that if the British had not retreated it would only be a matter of time for them. Thanks to all who participated! Up next the space game to end all space games...