Skip to main content
Labels
Posted by Man For All Seasons August 04, 2021

Beneath the Raptor's Wing

Welcome back to the 22nd Century where I am quickly progressing through a new project. In previous posts I detailed my new United Earth and Vulcan fleets, but before continuing with the forces of the Coalition of Planets I decided that their opponent should be next. Even without the Andorians or Tellarites, I can game with this project now. 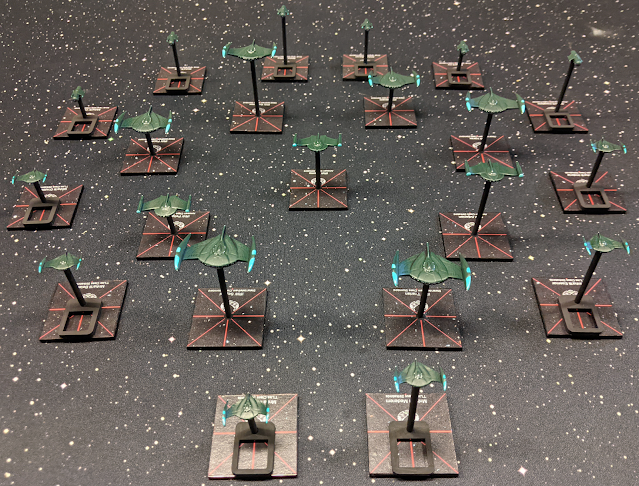 As with my United Earth and Vulcan fleets, I first looked to see what if any .stl files I could source for the Romulans before looking elsewhere. Ultimately I was only satisfied with the quality of the file for the basic bird of prey I found. That left me to return to the reliable but expensive Shapeways to expand the possibilities.
Additionally, since only one type of Romulan vessel was shown on screen during Enterprise's run (if you ignore the telepresence drone ship), I once again had to scour Memory Beta for secondary information. Luckily, a comprehensive Enterprise novel series was published that covers the Earth-Romulan War. While little in the way of visual media regarding Romulan warships is available from those books, many class names, roles, and descriptions can be found.

After much reading and model searching I worked out a fleet of 81 starships of four classes, though only 21 models are needed due to bird of prey squadron basing. This fleet is significantly larger than either my United Earth or Vulcan fleets because it needs to be able to face more than one coalition member simultaneously. 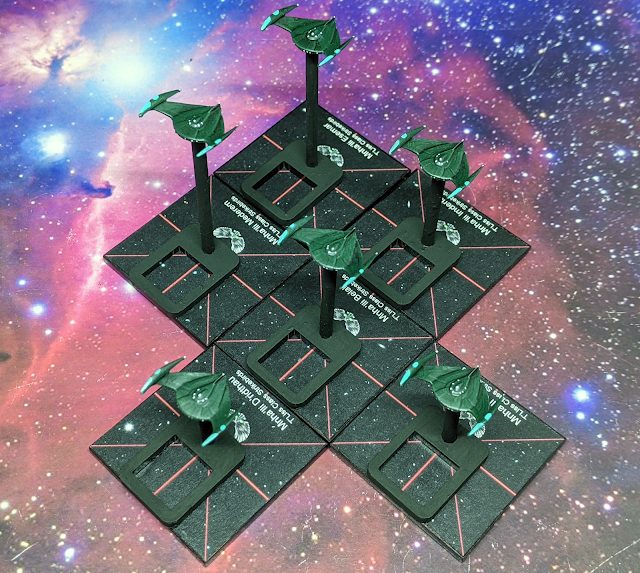 The heart of the Romulan fleet in this period is the venerable T'Liss Class Strikebird, the only Romulan ship seen on screen in Enterprise (again ignoring the telepresence ship). Due to the size of the model, the number required for a reasonable fleet, and the wolf pack tactics I envisage them using, the T'Liss' use squadron bases with a dice holder to denote the number of ships in the Mnha'lli (Romulan for attack formation). This ship was not given a name on screen, but the novel series makes reference to a T'Liss Class Bird of Prey; in my fleet they are one and the same. 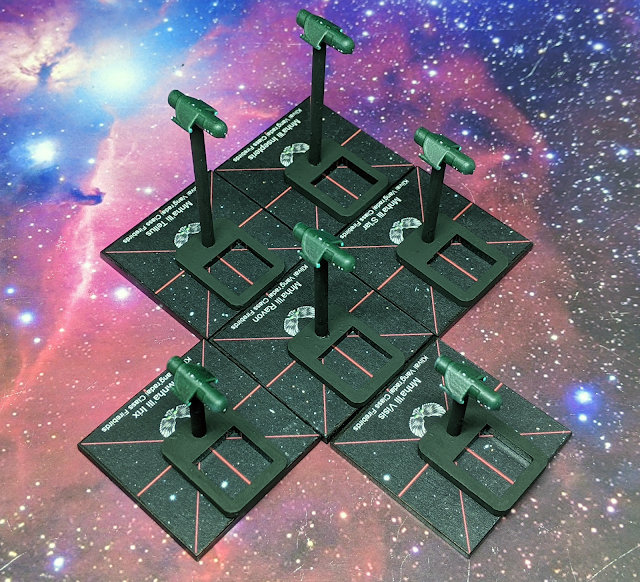 This model is from Shapeways.
The Memory Beta articles on the Klivai Vang'radai Class can be found here and here.
My Metaverse 2nd Edition stats can be found here: Flight 1, Flight 2.
In addition to the T'Liss, my fleet has a number of Klivai Vang'radai Class Firebirds. These starships are of an older generation utilizing outdated technology. However, due to the needs of the war they continue to serve the state. This model hails to the aesthetic established by the old FASA timeline which is very much before my time and contradictory with much that came after TOS. However, as a nod to that older look, including this design gives a sense of history and growth to the Romulan fleet. Just as with the T'Liss, this ship was not given a name allowing me to marry it with a named but unseen design. 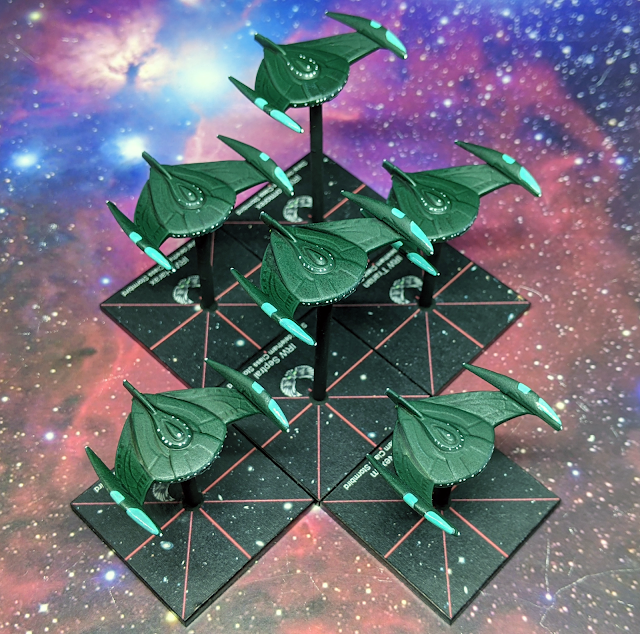 This model is from Shapeways.
The Memory Beta article on the Stelai'deletham Class can be found here.
My Metaverse 2nd Edition stats can be found here: Flight 1, Flight 2, Flight 3.
From the same generation as the T'Liss, the Stelai'deletham Class Stormbird is the big brother to the little bird of prey. Essentially she is a scaled up T'Liss featuring stronger defences and weapons. When a target requires something more than a Mnha'lli of T'Liss, the Stelai'deletham can provide the heavy firepower needed. This class is another unseen but named design described as a cruiser. To represent it I acquired a bird of prey model from Shapeways that was in a larger scale and not detailed identically to the one I printed. 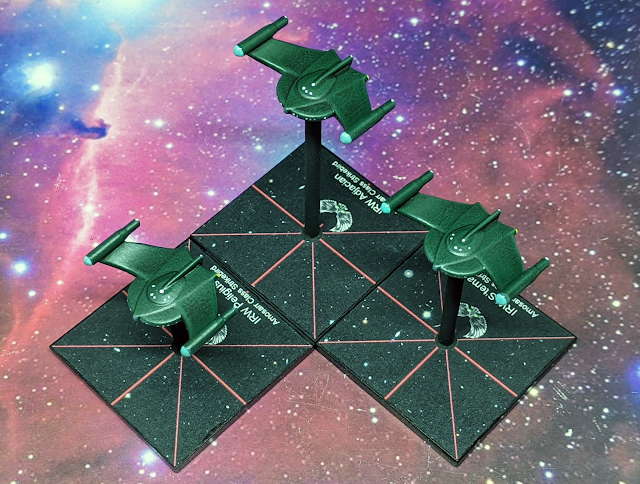 This model is from Shapeways.
The Memory Beta article on the Amosarr Class can be found here.
My Metaverse 2nd Edition stats can be found here: Flight 1, Flight 2.
Lastly, the newest design in the Imperial Romulan Navy is the Amosarr Class Strikebird. Created as the next generation of bird of prey, the Amosarr is still limited in numbers but is the best design the Romulan Navy can field. Additionally, it features more extensive hanger facilities for Nei'hrr Attack Fighters than previous designs. For this model I wanted something that would look like it bridged the gap between the aesthetic seen in Enterprise and that seen in TOS with the bird of prey from Balance of Terror. I'm not 100% convinced on the model but for now it will do. Just as with the Stelai'deletham, the Amosarr is an unseen but named ship, giving me the freedom to pick the model I like.
For now that is all I have. I still need to find a suitable model for the Nei'hrr Attack Fighter. It is reasonably common for the Romulans in this period and I won't feel like the collection is complete without it. I may also add other designs in the future if any models strike my fancy.
Email Post
Labels: Star Trek Starships