Skip to main content
Labels
Posted by Man For All Seasons August 31, 2021

The Strength of Ice

Hello everyone and welcome as I delve back into the 22nd Century. In previous posts I detailed my new United Earth, Vulcan, and Romulan fleets. The next models to receive paint were those from the frozen moons of the Andoria system. 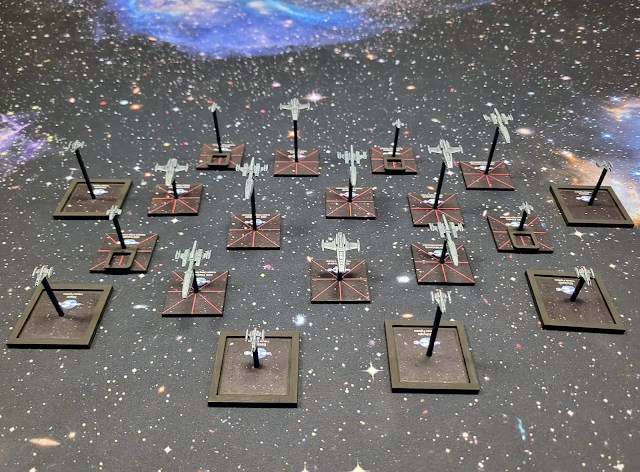 Just as with the previous three fleets, I first looked to see what if any .stl files were available. Quick searching on Thingiverse located me an excellent file for the Kumari Class but little else. Any more models would have to be ordered from Shapeways.
I knew that the Andorian fleet was composed of more than just battlecruisers as I remembered seeing at least one other type. Research on Memory Beta directed me to the Sevaijen Class, seen during Enterprise's run. It also led me to additional classes which I would need to find suitable models for as they are from the licensed novel series about the Romulan War and therefore no visuals exist.

After thorough research and scouring of Shapeways, I decided on a fleet of 21 starships represented by 13 models along with six starfighter models. This fleet falls between my United Earth and Vulcan fleets in size but is quite powerful thanks to the battlecruisers. 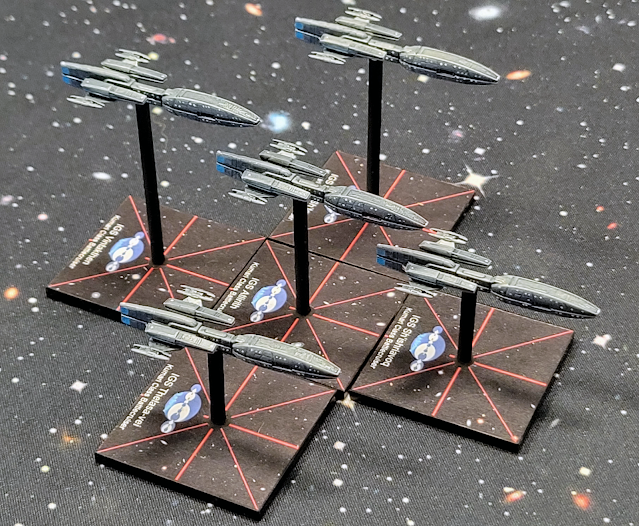 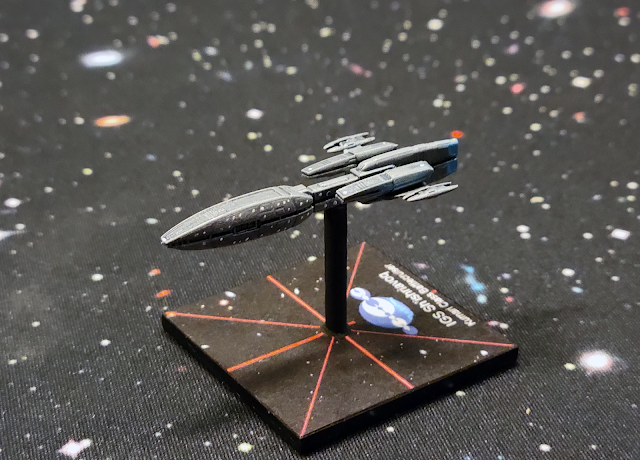 The primary combat element of the Andorian fleet is the venerable Kumari Class Battlecruiser. Highly maneuverable for a capital ship with heavy forward firepower, these ships were powerful enough to give the Vulcans a fight when necessary. In the Coalition fleet they provide a hard hitting maneuver element. The Kumari is likely what is thought of when Andorian ships are mentioned being the most common sight on screen. Luckily I was able to find a .stl file and printed the five models myself. 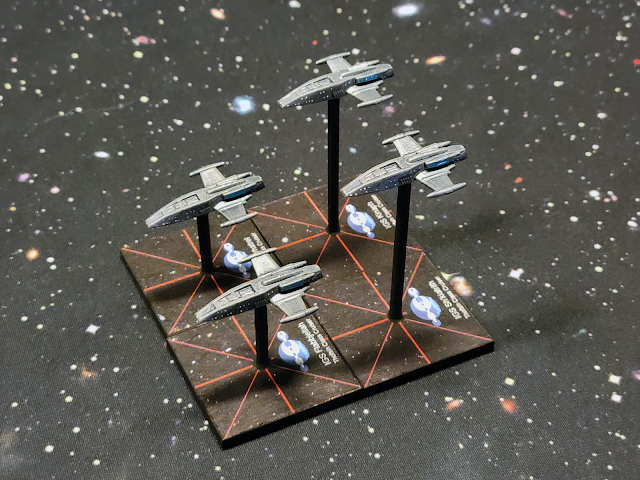 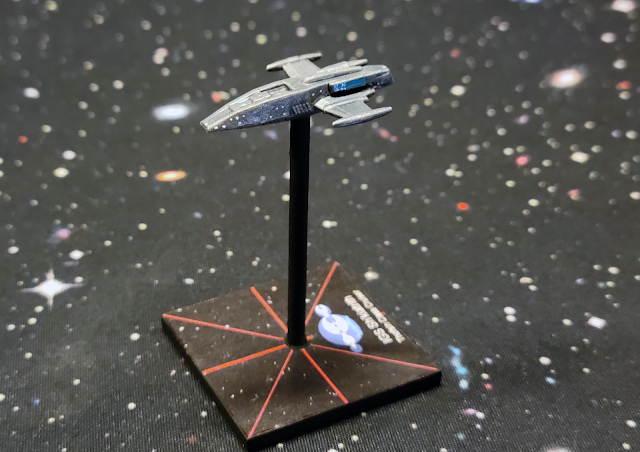 The five Kumaris of the main battle line are joined by four Thofsin Class Cruisers. My Memory Beta reading lead me to the Thofsin as an alternative to the larger battlecruiser. Hailing from the same period, this cruiser is just as maneuverable as the Kumari but a little smaller and less powerful. I chose this model to represent the class for its size and because I really like it. 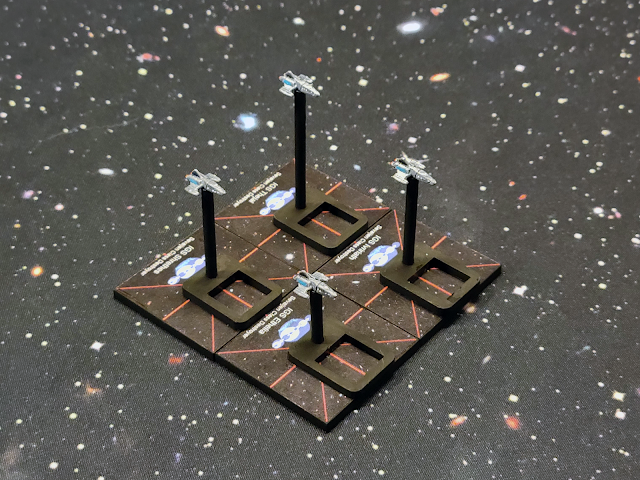 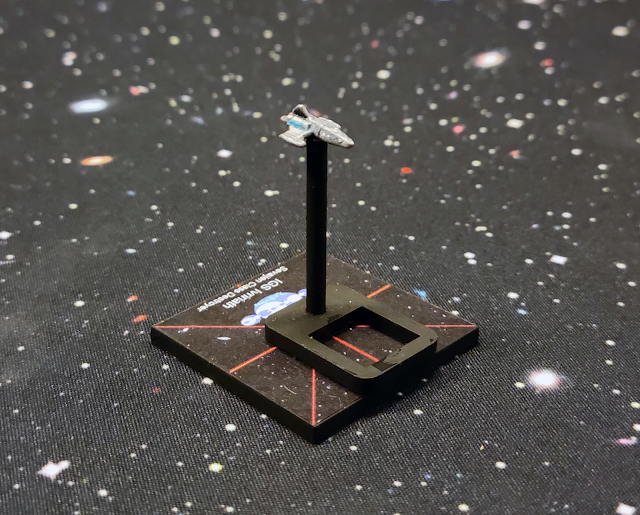 Seen in two episodes, the Sevaijen Class Destroyer is the other Andorian ship I remembered seeing in Enterprise. Small, nimble (even for Andorians), and best operated in packs, this destroyer is best used to keep small enemy ships away from the battlecruisers and cruisers. Due to their size and their common pack formation I modeled these with squadron stands so a standard 12mm D6 can record the number of ships in the group. Luckily, a model of this ship can be gotten from Shapeways. 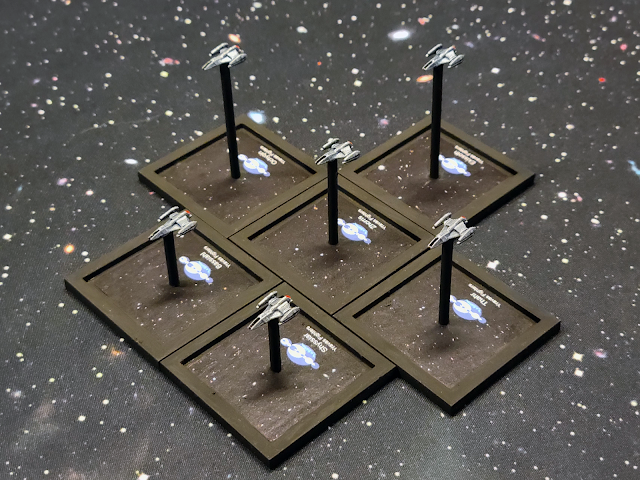 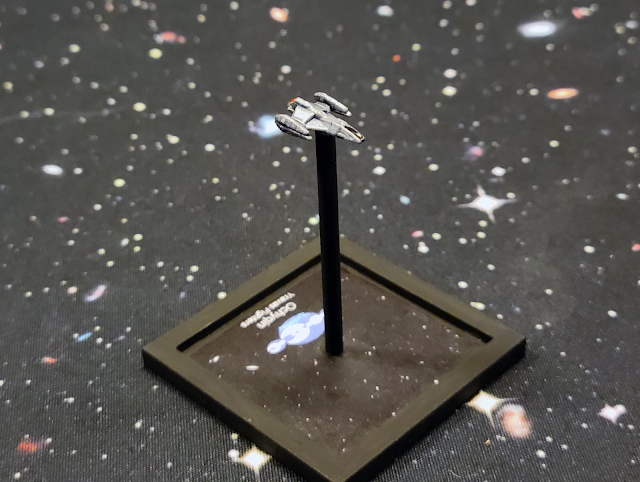 This model is from Shapeways.
The Memory Beta article on the Yravas Fighter can be found here.

The licensed Romulan War novel series makes mention of Andorian fighters in use and that they often countered the Romulan use of sub-light fighters. The Yravas Fighter is a relatively heavy attack craft when compared to its Romulan counterpart with a strong phase cannon armament. While Star Trek is not normally the universe to feature starfighters, I feel that the primitive nature of this period allows for them.

With the completion of the Andorians I have only Tellerites left but thus far I have had little luck in sourcing .stl files. Ordering them all from Shapeways will make it the most expensive of these fleets.